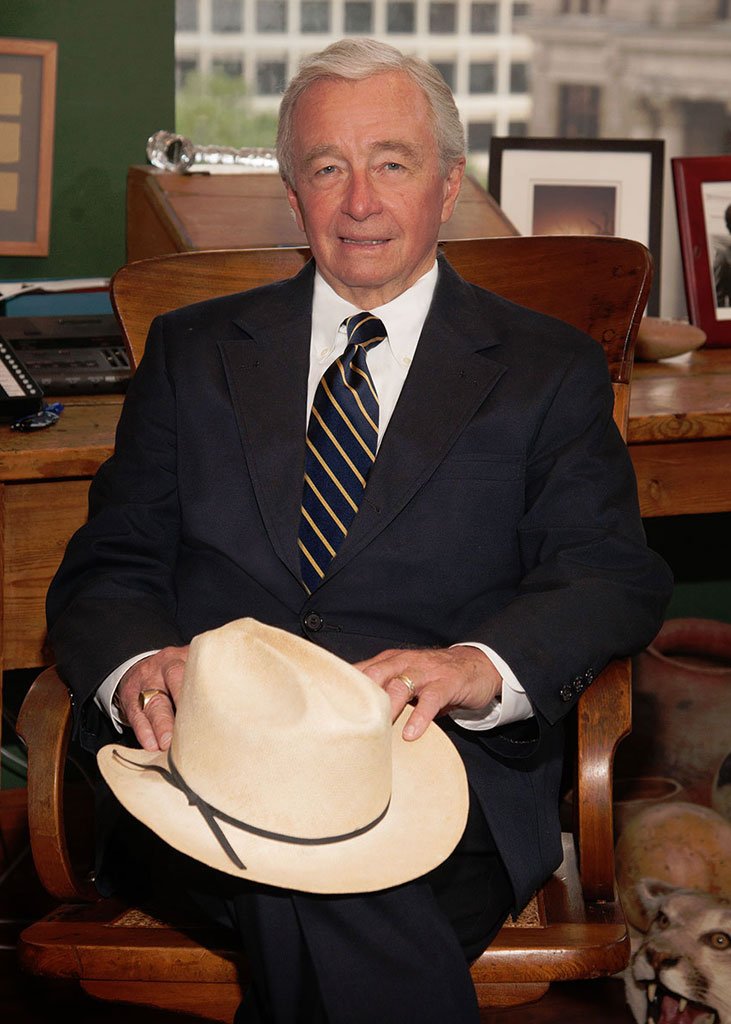 Dick DeGuerin made his reputation handling tough cases, something he does to this day.  He started as a prosecutor in the Harris County District Attorney’s Office in 1965, and moved to Butler Binion, a prominent civil firm, in 1968.  In 1970, while Dick was still an associate at Butler Binion, federal authorities charged well known criminal-defense lawyer Bob Tarrant with illegal possession and sale of machine guns.  Bob, who was colorful to say the least, had a collection of every Thompson model ever made.  Dick knew and respected Bob from his time as a prosecutor and volunteered to assist Percy Foreman who was leading the defense.  During the trial, Percy told Dick to “come see me when this is over.”  He did.  Dick sought Jack Binion’s counsel about the job Percy offered, and the advice was simple: “You’re a damn fool if you don’t take it.”

When Dick took the job, Percy Foreman was already the man to see if you were in serious legal trouble.  In a 1952 Houston murder trial, Percy contended that the elected Harris County Sheriff and a Texas Ranger beat a confession out of the defendant.  The Sheriff and the Ranger were present when Percy gave his closing argument accusing them of the misconduct.  After the not-guilty verdict was read, the Sheriff and the Ranger jumped the bar and assaulted Percy in the courtroom.  Upon leaving the hospital shortly thereafter, Percy said “I harbor no malice toward these poor, misguided minions of the law.”  The 1964 Florida trial of Candace Mossler was covered nationwide and solidified Percy’s courtroom reputation.  She was acquitted of her husband’s murder in a case that was ahead of its time in subject matter and defensive approach.

Dick left Foreman & DeGuerin in 1982 with Lewis Dickson, and they formed DeGuerin & Dickson.  They continued the tradition of their former firm, aggressively representing their clients’ interests.  That tradition remains.

Articles about Mr. DeGuerin on the web

Some of Dick’s notable cases include

A landmark environmental case that was tried in 2007.  Dick represented the corporation, CITGO.  The prosecution was based on operations at CITGO’s refinery in Corpus Christi.  The government accused of the company of violating benzene waste management regulations, among other regulations.  The jury acquitted CITGO of the more serious benzene counts as well as charges brought under the Migratory Bird Treaty Act (MBTA).

The government initiated Operation Lighting Strike in 1993.  The operation was estimated to have cost at least $4 million to stage.  The intended targets of the sting were suspected unscrupulous Johnson Space Center contractors.  By the time that the operation was uncovered by investigative reporters in 1994, the government had charged fifteen defendants, including Dale Brown.  Brown was the only one to fight his case.  At trial, Dick presented a case detailing government coercion and entrapment.  The jury could not reach a verdict and the judge declared a mistrial.  The government did not retry the case.

Texas singer/songwriter Billy Joe Shaver was charged with aggravated assault for shooting a man in the face following an altercation in a Waco-area bar in 2007.  The weapon used was a .22 caliber derringer, and the complainant’s life was never in jeopardy.  The bullet, however, remain lodged in the complainant.  The defense presented evidence that the complainant provoked the situation by being rude and aggressive while brandishing a knife.  The shooting occurred when Shaver agreed to step outside with the man.  The jury found that Shaver acted in self-defense and acquitted him.  In an interview on the courthouse steps after the verdict, Shaver sincerely apologized to the complainant.  Shaver also jested that he would like to get to know the complainant better because he hoped to get his bullet back.

A Houston immigration lawyer was charged with falsifying documents to help forty white-collar immigrants enter and stay in the country illegally in 1986.  The allegedly false documents related to thirteen companies set up to hire the immigrants.  The indictment lodged 88 counts against the lawyer.  At trial, the judge dismissed six counts and the jury returned verdicts of not guilty on all remaining counts.

Dick represented an accountant in a prosecution under the Mann Act.  The act prohibits interstate travel to advance prostitution.  The accountant admittedly had handled the books and payroll for a multistate operation, but Dick contended that the conduct did not amount to knowing participation in the wider conspiracy.  The trial was something of a spectacle during the summer of 1985—one reporter referred to it as the best show in town.  The accountant was ultimately acquitted of all charges.

Robert Durst’s case was sensational and remains controversial.  In 2001, a dismembered body was found floating in Galveston Bay.  The body was that of Durst’s neighbor.  Suspicion soon fell on Durst and he was arrested on the murder charge.  Durst posted bond and fled the jurisdiction.  He was captured in Pennsylvania several months later when he was caught stealing a sandwich in a convenience store.  At trial, Dick conceded that Durst shot and killed his neighbor.  But the defense also presented evidence of the decedent’s volatile nature.  The jury concluded that Durst’s conduct following the killing, while certainly gruesome, did not diminish his right to defend himself.  The jury found Durst not guilty.

Kay Bailey Hutchison was elected to the United States Senate in a special election in June 1993—Lloyd Bentsen resigned the seat to become Treasury Secretary in the Clinton administration.  At the time, Hutchison, a Republican, was the Texas State Treasurer. Shortly after her electoral victory, local state authorities, led by Democratic district attorney Ronnie Earle, raided Hutchison’s offices at the State Treasury.  Earle indicted her in September 1993 for official misconduct and records tampering.  From the very start, Dick contended that the prosecution was politically based.  Although he denied having political motives, Earle acknowledged during the pendency of the case that he sought appointment to Bentsen’s vacated seat before the special election.  When the case was called to trial in February 1994, the judge ordered Earle to call his first witness, but Earle declined to do so.  The judge directed the jury to acquit Hutchison as required by law, thus ending Earle’s “apolitical” prosecution.